This channel's on a different frequency

I'm moving to www.grch.wordpress.com. That's over here. See you.
Posted by Rahul Bhatia at 10:58 AM 4 comments:

Juno gets in. Yep, there's no stopping them now.
Posted by Rahul Bhatia at 11:01 AM 2 comments:

HTML wasn't a tough language to learn, from what I recall. Typical of a school subject to fail you when you need it most. I give up modifying this template.

Starting today, this very moment, I've decided to have an on-and-off column right here for all the interesting news and innuendo heard in conversations, but can't use. It won't be regular, and I'll make full use of this format. And since being sued isn't much fun, the language will be indirect at times (This writing style will be familiar to readers of this blog, who wander in to read about things like clouds and the futility of driving). 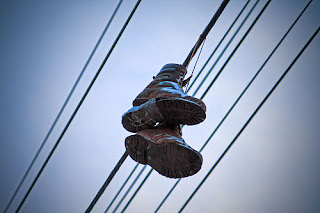 Adam Gilchrist's retirement makes me sad. It was all so sudden, and just after a few disappointing Tests. But at least the timing's great, right? Because isn't the BCCI about to enforce a ruling that retiring players can't participate in the IPL for at least two years?

Absolutely sinister news dept: Is Lalit Modi's little monster, the IPL, about to affect the international cricket calendar? Word is, yes. We can't verify whether the West Indies Cricket Board has been approached (and whether other boards have been contacted) to not schedule any cricket between March/April and May/June from this year onward after their existing cricketing commitments are met. The ICC's looking more and more like the damn UN.

Boots pic by Dragass on Flickr
Posted by Rahul Bhatia at 8:41 PM No comments:

Lately I've had the sort of rough time I didn't quite anticipate. At Mint, when a story had to be written by the end of the day, I presented everyone's view - in cable operator versus broadcaster stories the views were diametrically opposite - and moved on to the conflicts between the two. Partly why I left the paper was because publishing everyone's views in a story doesn't qualify as the truth. And the satisfaction at having handed in a story is offset by the usefulness of the piece. In fact, as I'm finding out these days while I do my own research, a whole bunch of views are just lies told to journalists who should have found the time to do more.

The problem is, I now have the time, and it still isn't getting any better. The lying has reached new dimensions, because the stakes are higher due to the fact that a journalist has more time on his hands. As a result, I'm going to go mad by the time 2009 comes along.
Posted by Rahul Bhatia at 7:23 PM No comments:

A cricket historian digs up the past

And what results ain't pretty.

In a classy denunciation, Gideon Haigh sticks it to Sunil Gavaskar for his divisive column, in which Gavaskar breezily surmised that since Sachin Tendulkar's version of events had not convinced the match referee, his reputation was in doubt. First the provocation:

"This is what has incensed the millions of Indians who are flabbergasted that the word of one of the greatest players in the history of the game, Sachin Tendulkar, was not accepted. In effect, Tendulkar has been branded a liar by the match referee."

"Again with the "millions of Indians"! It's not me folks - it's those "millions of Indians". In fact, this debating point is a much less impressive notion that it seems. India has a population of 1.13 billion. There's probably at least a few million who believe in flying saucers. Should we really pay them serious heed?"

The part of his response I've posted isn't the best bit, but it highlights Gavaskar's manner of presenting his opinions and biases. It's something I've noticed about Gavaskar on television - he says things you've heard before, things that are safe, things that fit in with the sensibilities of a majority. Case in point, the first day's play at Perth, and Sehwag on strike. Gavaskar: "There's no footwork there." Heck, I'm a half-assed cricket writer and even I could tell you that Sehwag doesn't have footwork in the traditional sense, but then, surely, we could be told how exactly he plays. But no, don't expect much insight, because for that a commentator needs to think about commentary and put some work in to it. The last time I spoke to them, the folks at ESPN-Star weren't happy with Gavaskar's work ethic.

Anyway. Haigh goes on to say, quite rightly, that Gavaskar's role as a columnist is at odds with his post as an administrator for the ICC. He also picks up a few passages from a book by Gavaskar to illustrate the man's own thoughts on race. Here's one bit:

"To call the crowd a 'crowd' in Jamaica is a misnomer. It should be called a 'mob'. The way they shrieked and howled every time Holding bowled was positively horrible. They encouraged him with shouts of 'Kill him, Maaaan!' 'Hit im Maan!', 'Knock his head off Mike!' All this proved beyond a shadow of doubt that these people still belonged to the jungles and forests, instead of a civilised country.... "

Read the whole thing. It's excellent. Reasoned, well-researched cricket writing like this is pretty rare today - is there anyone but him and Guha? - and, additionally, this particular piece is more satisfying because it delves on an issue Indian administrators studiously ignore: precisely what value does Gavaskar bring to the administration and growth of cricket?

A note on the reader comments in Haigh's article. What is it about Indian comment posters? You'd imagine that these are the "millions of Indians" Gavaskar talks about - a witless mob led by a crank. Haigh'll probably cry himself to sleep beside Trumper after reading the comments, because it's all so pointless in these message boards.
Posted by Rahul Bhatia at 8:07 AM 3 comments: 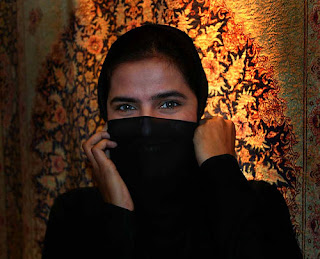 Slow, quiet evening. Crap on the radio. I miss Dubai. (Photo from here.)
Posted by Rahul Bhatia at 7:32 PM 7 comments:

Away from it all

Elsewhere, on this calm morning, India have gone to the beach. After days of fury, it's comforting to know that they're by the sea. There are others making noise for them, burning effigies, posturing, and drawing boundaries. News channels are pulling out old footage to show us that obnoxiousness is an old Australian trait. Historians are apoplectic to the point of madness. Our news anchors look grave and ask questions that are pointed only in appearance. Rajiv Shukla, a politician, defends 'our players'. A great bowler returns to say Australians play hard and fair. Everywhere there is affront and offence. Everywhere there is patriotism of some kind.

A wasteful bowler, the man at the center, becomes a 'Sikh warrior'. Australia's cricketers are called wild dogs, besides much else. What does this say of our ability to transform normal men in to something else? Every flaw has disappeared, and these are either men undone or a pack of dogs.

The umpires too are not spared. A cricketing nation rages around them, trying to have them sacked, demoted, or disappear. Flaws are charming, it says, but not so many. But we cannot have technology doing the job either. So good luck to these umpires, who get 96% of their decisions right, and let us hope for them that god is on their side whenever India plays.

I can think of several people who'd be well-served by a trip to the beach during high tide.
Posted by Rahul Bhatia at 10:03 AM 3 comments:

The highlight of this fabulous day was Boria Majumdar blowing a gasket on Times Now. Here was the angriest man on television demanding that the board back its players to the hilt. "What use our economic strength, our clout," he spat in to the phone, "if you don't support your players?" (He said something like it.) Pity these orphans - abandoned by the match referee, the umpires, and all Australians. Speaking of which, Boria was pretty certain Australia were given a fair hearing and India weren't. It's great to see an intellectual giant like him contribute to all this in a meaningful way. And he wasn't done yet, by the way. He dusted off the old administration for show. Remember 2001, he said, when the board didn't go through official channels, and used its clout to have its way. That was legendary. 'And all this board can say', he spluttered - turning red - 'is no comment?!' Boria, if nothing else, we love the way you scream on television.
Posted by Rahul Bhatia at 11:07 PM 1 comment:

Blogs you must read